I envision a future filled with love and light.  A future where everyone lives in peace and harmony.  Where children are safe.  Where there is no judgment.  A future filled with laughter and joy.  Where people learn to get along, putting ego aside (attention those in politics!) and do what is best for the greater good of the world.  I'm an idealist, you might have guessed...

The end of the year often brings reflection over the past year and resolutions to 'change' for the coming year.  This day for me is not about an ending, but rather a beginning.  Yesterday, I spent a bit of time reflecting. It was 8 years ago New Year's Eve that Meghan's Hope was born.  Two weeks after she died, our awareness campaign began in earnest.  The day was not chosen because it was New Year's Eve, it was simply when I was emotionally and physically able to do so.

It began as an email I sent out to my friends and family the evening after she died.  I was unable to sleep, I had to do something.  So I warned others of the dangers and begged them to secure their furniture.  It became a one page flyer so it could be shared, with a now relatively 'famous' picture of her as it's the one most commonly used in the media in print and TV stories about her and the dangers of furniture tip-over. 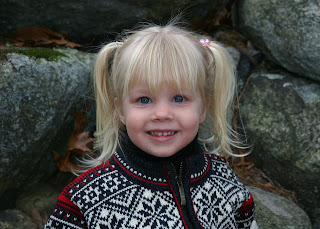 On December 31st, 2004, the original Meghan's Hope Web site was born.  At first it was just that flyer.  I added additional information as I found it and eventually resources.   Over time, it began to look more like a real, albeit primitive, Web site.  We had a guest book.  It quickly filled with posts of support.  I had big plans for a non-profit organization and educating the community.  I had the expectation people would want to do everything they could to make their homes safer.  I wanted to reach out to furniture stores, department stores, parents, teachers, doctors, anywhere children were.  I was sure people would be on board.

Sadly, it did not go as smoothly as I envisioned.  Initially, media was interested and did print and TV stories, it was short lived and much of the message I wanted to convey was lost in the sound bytes they did not choose to use.  I quickly learned media has their own agenda and it didn't always match mine.

Stores did not start to carry the furniture straps like I'd hoped and asked for (though some now do, many more that should, do not - attention Wal-Mart and Target, Home Depot and Lowe's!).  Local furniture stores and businesses wouldn't answer my letters or phone calls.  They would not display our brochure.  I reached out to those I could, attending safety fairs, handing out brochures to my childbirth classes.  Asking friends and family to hand them out and share via word of mouth.  There was an initial push of support, but it quickly dwindled.

A few years later, the Web site was hacked.  I had to take it down and re-design the Web site.  No easy task for this technologically challenged mama. It was re-born a few years ago as it is now.  I hate that I don't have the time or the skills to easily update it.  Web design is not my forte.  Divorce, attending to my boys and their soccer passion, returning to work full time and life in general gets in the way of being able to devote the time and energy into Meghan's Hope that I'd like to.

What I do have, is the wonders of social media.  The Meghan's Hope Facebook page is now the heart and soul of my mission.  It is the primary way I share safety information and Meghan's story.  It is truly the hope of her story, that others not suffer the same fate.

I also partner with Katie's Foundation for Child Safety http://www.katieeliselambert.org/ as a member of their BOD to raise awareness as Katie died from a fallen wardrobe just a month after Meghan did.  They are a 501 C3 non-profit.  We had two bills before the US House of Representatives, both titled the Katie Elise and Meghan Agnes Act.  Both died in committee.  They did get the attention of the CPSC, Consumer Union and ASTM (a voluntary standards organization) and some of the changes we wanted to become law are now part of the voluntary standard like warning labels about the dangers for furniture tip-over and tethering straps being sold with the furniture.  Because they are voluntary, not every manufacturer follows them.  The tethering devices sold with the furniture are not always sufficient to actually hold the weight of the furniture fully loaded with a child pulling on it, but there has been progress.  We are still working on making it mandatory.  We need help.  Our lawmakers are not particularly interested.  Granted, they have bigger fish to fry in their eyes, but hello, children are our future and mamas are a force to be reckoned with.

The dangers of TV tip-overs also needs to be addressed.  It's clear from the many, many messages I've received in the past two weeks that like me, people just didn't know of the dangers.  They don't know it can happen, how fast or how easily it can happen, how often it does happen and how deadly it can be.

This blog has become another vehicle to share her story and raise awareness.  Not as a primary focus, for this is my personal blog and I write all manner of things.  I do hope you find it all interesting and helpful on some level.  December is a 'Meggie month'.  Hence, many of my posts are about her or my experience as her mommy.  Which brings me to the re-birth of this year.  Actually, the re-birth of Meghan's Hope (and mine) in the past two weeks.

I'd like to take this opportunity to express my gratitude to everyone who has read and shared my post from the 18th of December about being with me in my grief on Meggie's angel day.  I am absolutely blown away that more than 135,000 people have read that post in the past two weeks!  YOU have helped me to accomplish what I've been trying to do for the past 8 years.  In a matter of days, her story has likely reached more people and inspired them to act than anything I've written, shared or said in person, on TV or in print media in the past 8 years combined.   It is a testament to the power of social media.  It is why I wrote what I did.  I hoped in by sharing the depth of my grief, others would be moved to action.  It is why I tirelessly ask everyone to share her story, her Web site, her Facebook page.  I did not expect the response it received but I am so immensely grateful for everyone who read and shared it.

Now is the time.  Seize the day!  Save the children!

To read the many messages of support on the blog, her Facebook page and personally sent to me brought tears to my eyes.  Not so much because of what they said, but because they read it.  Because they were moved to protect their own children.  Because Meggie quite possibly saved someone else's life.  It is such sweet healing balm to my heart.  To hear people say they read it and have already secured their furniture and TV's as a result is the best gift I could have received this holiday season.  To hear the far too many stories of other children who had furniture or TV's fall on or near them but were fortunate enough to survive made me realize how important it is they share their stories as well.  Their parents realize how 'lucky' they are and how important it is to secure the furniture and TV's.  Sadly, fewer people learn or are motivated to action from a 'near miss' story than from a death story.

The parents who wrote to me to share their own stories of loss, who could relate to the emotion I described, who shared my frustrations, helped all of us to connect and heal a bit.  They know the loss of a child and had no idea how easily and unexpectedly they could lose another to a piece of furniture or a TV.

When I posted that flyer 8 years ago I imagined a response akin to what has happened in the past 2 weeks.  Imagine what could happen if this wave keeps going across the nation and around the world.  If it's shared on more and more message boards and Facebook pages.  Think of all the lives that could be saved!  It gives me hope that my wish for safer children is within reach!  You, Meghan's new messengers, have the potential and the power to reach far many more people than print or TV media can or have to date.

So now, I ask of you, how do we reach more people?  How do we educate everyone and save more lives? If you have connections to anyone who can help, use them!  Do you known anyone in the media who could write or do a story on radio or TV?  Ask them to share her story.  Ask me for some brochures.  Who can we get the info into the hands of?  Real estate agents when they sell a home?  Pediatricians, chiropractors, dentists, day care facilities, pre-schools, and elementary schools.  Local hospital postpartum units in their discharge packets and in their childbirth classes.  Local furniture stores.  Any child focused play space.  Lets do it together!  Let me know if you have any ideas!

As I reflect upon the past year, it will most certainly include a debt of gratitude to all of you who took the time to read that post and were moved to action.  For every life Meggie has saved, I see her sparkle a little brighter.  That sparkle helps to heal my broken heart.

Wishing a safe, peaceful and prosperous New Year to all.

Namaste
Posted by Kimberly at 8:07 AM