Alaska Cruise Adventure: Day One - Embarkation on Radiance of the Seas! 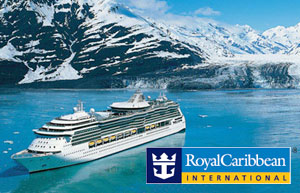 Today we finally embark on a cruise that has been nearly 18 months in the making, and although the day dawned cloudy and rainy, it turned out glorious, on many levels.

We had rented a car from National in Seattle and drove to Vancouver, BC.  It turned out that the rental car return was in the parking structure at Canada Place, and all we had to do was drop the car off, walk a short distance to an elevator, and we were at the cruise port!  Easy peasy!  We arrived at about 9:45 am, anticipating boarding at 11 am.

There were agents there to direct us where to drop our bags. We then were directed to customs, where we had a short wait at several check points (way too many, really, it was quite redundant).

First it was the cruise check in, where our sea pass cards were issued. Then on to security, just like at the airport.  X-ray machines and metal detectors and the first passport and boarding pass check. Then onto a self check in kiosk for U.S. residents for passport verification and customs.  The machine printed a voucher which we then waited in a short line, maybe 10 minutes, for a customs agent to once again check our passports and passes. He was a hoot. He figured out we were travelling in a suite, so he asked if he could join us.  It was a quick check and off we went to a holding "pen".

It was here that the boarding process was unlike others we've experienced. Typically, depending on your level with the cruise loyalty club and type of cabin (suites), the higher level members and those sailing in suites get a private lounge to wait in and priority boarding. Not so at this port. Everyone was herded into a waiting area with seats.  But some were left to stand.  We sat there a good 45 minutes or so.

There was no overhead PA system, so random agents said something we couldn't hear to folks on the ends of rows of chairs, and they began moving people by row of seats through a door. This magical door lead to another holding pen where we sat for another 15 minutes or so.  We were waiting for the ship to be cleared by customs.  It was not too long after that they began boarding.  It was a bit of a wait in a long line to make our way from the cruise terminal and onto the gangway and finally onto the ship. I think we finally walked on the ship at about 11:30 am.

As we like to do, we wandered the ship to get a sense of her layout. She was small, but beautiful.  She was aptly named, Radiance of the Seas.   Most everyone went to the Windjammer, which is the buffet style resturant for lunch right away.  We headed there just before we were allowed into our cabins (1pm), after most people had gotten their lunch.

We had booked a junior suite. One of the perks of booking a suite, and for a cruise tour (cruise plus land tour), is that we earn double points in the loyalty club called the Crown and Anchor society.  So for a 10 day cruise tour, we earned 20 points. This allows us to jump one full level with just one cruise!   When we arrived to our cabin, there was a Happy Anniversary sign on the door and decorations inside.  In a twist of fate, both my husband and I had the same idea to surprise each other with the Anniversary package! So we had two!  He also ordered us a cake, which we snacked on the entire cruise!

The suite was gorgeous. Recently refurbished and much bigger than we expected. We were in cabin 1580, on deck 10, towards the aft part of the ship.  One of the benefits of booking a junior suite is instead of the tiny typical cruise ship shower, we had a tub and a larger bathroom overall. We also had  walk in closet with ample storage including shelves, top and bottom hanger space (bottom rods fold-able and storable if you do not wish to use them, a tie/belt rack on the door, plus ample storage in drawers and cabinets both in the bathroom and the main cabin.  The beds can be arranged as two twins or a king.  We also had a sleeper sofa and a chair and ottoman with two side tables.

The balcony was smaller than others we've had, but more a function of the size of the ship overall.  There was a padded lounger and two chairs and a small bistro table.  Since we were sailing Alaska, we did not spend much time lounging on the balcony, but more sitting in front of the glass admiring the scenery as we sailed by.

The muster drill (mandatory) was interesting. Instead of assembling at our actual muster stations (lifeboats), we were directed to Chops Grill.  Apparently, all suite guests were there. We sat at the tables and waited for the crew to demonstrate and explain what would happen in an actual emergency. Others had to stand in other common areas in the typical stand in line formation with children and women ahead of the men folk. I guess another perk of being a suite guest.  Once we were dismissed, most everyone headed up on deck for sail away.

We sailed away at about 4:45 from Vancover.  The sun had come out and it was quite warm!  As sail away often is, it was an enthusiastic and exciting time. We chatted with several others around us, many of whom were cruising for the first time.  We had a lovely view of Vancouver a we sailed away.  As we sailed toward the Lion's Gate Bridge, it looked like we barely made it under!  In reality, I believe the Captain said we had about 14 feet of clearance! Eek!  It was pretty cool to watch.

We then retired to our cabin to actually sit on the balcony and watch the mountains go by for a while.  We then unpacked (we had gotten our bags before the muster drill!) and enjoyed our cabin until dinner time.

We had chosen the late seating for dinner, which was 8 pm. The dining room was about 70% full for this seating, with most cruisers opting for the earlier seating or my time dining. We were actually quite surprised by the number of folks we talked to who never ate in the dining room at all.  Seriously, if you are going to cruise, at least try the dining room for dinner and lunch on sea days. It's so much better than the food in the Windjammer/buffet!


We were seated at a table for 10, but there were only 3 couples assigned to the table, or the other 3 never showed up for dinner. We scored a window table for the first time ever and on two nights, we saw whales while we were dining! One pod of Orcas and a few humpbacks!

Our table mates consisted of a couple who were Pinnacle members with Royal Caribbean. To reach Pinnacle, you must have sailed at least 700 nights on Royal Caribbean ships.  I'll let that sink in for a minute...  We are now Emerald, which requires 55 nights on a ship (we earned it faster by staying in suites, so in reality, we've only taken five 7 day cruises and a 3 day land tour that counts as cruise nights).  They were a lovely couple and were probably about the same age as our parents.  The other couple was interesting.  While nice folks, they tended to have a negative vibe, and did not really "click" with the rest of us.  This is the hazard of group seating and with a low # of couples. We prefer to sit at a larger table ourselves, as we like to meet new folks, but it also helps if there is an awkward or uncomfortable silence or presence in the group.  Still, we enjoyed our dinners and the company.  We learned from all of them.

After dinner, we checked out the entertainment on the ship and did a bit of dancing. Then we headed off to sleep, as we were still mostly on east coast time.  Tomorrow is a sea day and I have a massage at the spa!
Posted by Kimberly at 2:33 PM